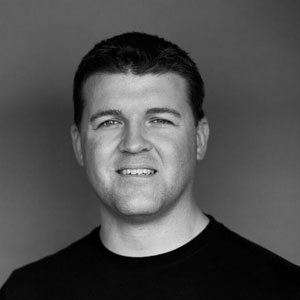 In 2005, a group of researchers from the Berkeley Robotics and Human Engineering Laboratory at the University of California developed exoskeleton bionic technology that could help soldiers carry up to 200 pounds and still run over a variety of terrain.

Just a decade later, the technology has developed in so many unexpected ways that the resulting company, Ekso Bionics Holdings, Inc., has 191 patent cases pending globally as it adapts its technology to a wide swath of market segments, from health care to construction to industrial applications.

Through late 2015, the company’s in-clinic suit was available in more than 100 rehabilitation institutions worldwide and had helped enable over 40million steps – enough to walk the perimeter of the Continental United States roughly three times.

The Ekso Bionics story parallels the acceleration of exoskeleton technology and use around the world. According to Reuben Hoggett, whose website CyberneticZoo.com tracks the history of robotics, rudimentary exoskeletons trace back at least to 19th century, when Minnesotan Ira C.C. Rinehart designed a walking machine that effectively doubled the length of a stride and allow a person to walk “16 miles in an hour without extra effort,” the St. Paul Globe reported in 1889.

But it wasn’t until the advent of 21st century computing power that the technology, pardon the pun, found its stride. This new phase of growth is being driven by technological innovation, particularly around pivotal reduction in power requirements, and, still in its embryonic phase, adaption to new industries.

Some of today’s medical suits for rehabilitation, such as the Ekso GT, are smart enough to detect how much walking capability a user has and dynamically adapt to provide just the right amount of power to challenge the patient to contribute as much as their own power as possible. In addition to detecting the amount of motor capability an individual has, the suit also engages the patient to initiate their step by requiring a weight shift to do so. The Ekso checks that it is appropriate to take a step, based on where the patient’s body is, and then takes that step, helping the patient take as many steps as possible in their rehabilitation window.

There are now at least 30 studies that involve Ekso, nine of which you can find on ClinicalTrials.Gov.

About a dozen have been completed. These generally should be characterized as pilot studies, given the low patient count. But the quality of the studies, including intended outcomes and strength of principal investigators, is high, and the presented and indicated results are positive.

These are studies led by institutions such as Reuben Hoggett, and TIRR in the United States, Glostrup in Denmark, Villa Beretta in Italy and the hospital network comprised of the Employers’ Insurance Association in Germany.

These studies have looked at subject matters such as:
• Safety and feasibility to aid ambulation post SCI
• Timing of exoskeleton intervention
• The potential for enhancing neuro-plasticity and
• The potential benefits of in-patient rehabilitation post stroke.

The ongoing studies – with higher patient counts – build on the early work.  The researchers are seeing such benefits as:
• Improvement in mobility, bowel function and cardio-metabolic profiles
• The effects of using an Ekso on bone and muscle and
• Functional recovery post stroke.

As clinical trials begin showing increasingly robust results, exoskeletons are starting to make significant inroads in the medical field. As of late 2015, among the 77 U.S. SCI Commission on Accreditation of Rehabilitation Facilities (CARF), the industry now has an estimated 40 percent market penetration, of which Ekso Bionics holds an estimated 60 percent market share.

The next wave for the use of exoskeletons is likely to be in the global construction industry, which suffers an estimated $50 billion in annual losses from back injuries, and manufacturing, and other heavy industries. The potential to support the men and women who must carry the heavy equipment they operate is enormous, in terms of both worker health and productivity.

Ekso Bionics is doing field-testing and extensive R&D with several of largest tool manufactures in the world. The companies already are requesting extended prototype trials of Ekso Works, an early indication of the potential demand. Ekso also has been visiting large construction sites, frequently spending a day on a job site or two in the field demonstrating the unit. We are now in the phase with over a handful of potential customers where we are leaving these units in the field for prolonged testing and use.

“When we went into this process, we believed we could demonstrate significant productivity gains,” said Russ Angold, Ekso Bionics co-founder and president of Ekso Labs. “Instead of grinding for a few minutes and then resting for an even longer period, workers could work continuously. Also, instead of fighting the weight of the tools to complete the task, workers could do better quality work and reduce costly re-work. We have since learned a number of additional important factors:

• “Since many of the potential customers are self-insured, any reductions in workman’s comp or back-injuries have immediate impact on the companies’ bottom line. Potential customers are having issues hiring or retaining skilled personnel.  With Ekso Works, they see their employees remaining active, engaged and injury free longer.

• “On the power tool side, there is now talk about making tools bigger and more powerful to expand their capabilities, something impossible without the load carriage capabilities of exoskeletons.”

Put Your Frontline Teams In the Driving Seat Through A Personalized,...

The Future of Chatbots

Are you using time differently?