Robot-Proof: Higher Education in the Age of Artificial Intelligence

Robot-Proof: Higher Education in the Age of Artificial Intelligence 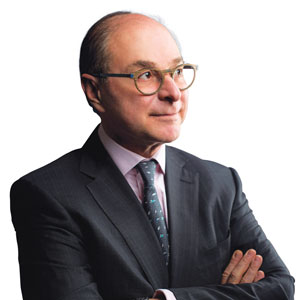 As advanced machines and computers become more and more proficient at picking investments, diagnosing disease symptoms, and conversing in natural English, it is difficult not to wonder what the limits to their capabilities are. This is why many observers believe in technology’s potential to disrupt our economy—and our civilization—is unprecedented.

Over the past few years, my conversations with students entering the workforce and the business leaders who hire them have revealed something important: to stay relevant in this new economic reality, higher education needs a dramatic realignment. Instead of educating college students for jobs that are about to disappear under the rising tide of technology, twenty-first-century universities should liberate them from outdated career models and give them ownership of their own futures. They should equip them with the literacies and skills they need to thrive in this new economy defined by technology, as well as continue providing them with access to the learning they need to face the challenges of life in a diverse, global environment. Higher education needs a new model and a new orientation away from its dual focus on undergraduate and graduate students. Universities must broaden their reach to become engines for lifelong learning.

There is a great deal of evidence that we need such an educational shift. An oft-quoted 2013 study from Oxford University found that nearly half of U.S. jobs are at risk of automation within the next twenty years. In many cases, that prediction seems too leisurely. For example, new robotic algorithmic trading platforms are now tearing through the financial industry, with some estimates holding that software will replace between one-third and one-half of all finance jobs in the next decade. A 2015 McKinsey report found that solely by using existing technologies, 45 percent of the work that human beings are paid to do could be automated, obviating the need to pay human employees more than $2 trillion in annual wages in the United States.

Intelligent machines may liberate millions from routine labor, but there will remain a great deal of work for human beings to accomplish

This is not the first time we have faced a scenario like this. In past industrial revolutions, the ploughmen and weavers who fell prey to tractors and spinning jennies had to withstand a difficult economic and professional transition. However, with retraining, they could reasonably have expected to find jobs on the new factory floors. Likewise, as the Information Age wiped out large swaths of manufacturing, many people were able to acquire education and training to obtain work in higher-skilled manufacturing, the service sector, or the office park. Looking ahead, education will remain the ladder by which people ascend to higher economic rungs, even as the jobs landscape grows more complex. And it undoubtedly is getting more complicated. One of the reasons for this is that the worldwide supply of labor continues to rise while the net number of high-paying, high-productivity jobs appears to be on the decline. To employ more people, we will need to create more jobs. It is not clear where we will find them.

I believe that college should not only shape students into professionals but also creators. Creation will be at the base of economic activity and also much of what human beings do in the future. Intelligent machines may liberate millions from routine labor, but there will remain a great deal of work for human beings to accomplish. Great undertakings like curing disease, healing the environment, and ending poverty will demand all the human talent that the world can muster. Machines will help us explore the universe, but human beings will face the consequences of discovery. Human beings will still read books penned by human authors and be moved by songs and artworks born of human imagination. Human beings will still undertake ethical acts of selflessness or courage and choose to act for the betterment of our world and our species. Human beings will also care for our infants, give comfort to the infirm, cook our favorite dishes, craft our wines, and play our games. There is much for all of us to do.

To that end, this book offers an updated model of higher education—one that will develop and empower a new generation of creators, women and men who can employ all the technological wonders of our age to thrive in an economy and society transformed by intelligent machines. It also envisions a higher education that continues to deliver the fruits of learning to students long after they have begun their working careers, assisting them throughout their lives. In some ways, it may seem like a roadmap for taking higher education in a new direction. However, it does not offer a departure as much as a continuity with the centuries-old purpose of colleges and universities—to equip students for the rigors of an active life within the world as it exists today and will exist in the future. Education has always served the needs of society. It must do so now, more than ever. That is because higher education is the usher of progress and change. And change is the defining force of our time.

Rewriting The Rules On Global Payments With Localized Payment Methods

Marketing & Sales Technology In B2b –An Overlooked Accelerator For...