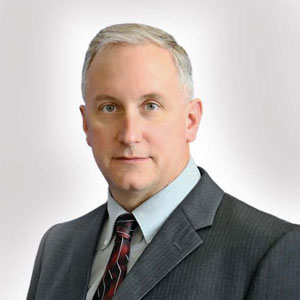 For fifty years, robotics has focused on the 3 D’s: dull, dirty and dangerous. Today, robotics extends beyond the 3 D’s and is now entering our day-to-day lives. What has changed for this to happen?

Key elements driving the advance in robotics are faster computing, cheaper and better sensors, and advances in artificial intelligence. The same sensor technologies, Li-ion batteries, and high-speed/low-power computing that are found in smart phones are what separates the small flying drones available at the local drug store from the balsa wood model airplanes of the past.

Mobile computing has expanded access to IT resources, providing world wide access, 24/7/365, to the virtual world of information. Robots are expanding the reach of IT resources and capabilities into the physical world. The internet of things (IoT) connects everyday devices to the internet to enable remote monitoring and control. Robots extend this to include manipulation of the physical world. New sensors and robot designs allow robots to move from behind safety fences and to work side-by-side with people. Collaborative robots are becoming cost effective and can be trained in natural ways such as training by example rather than needing to be programmed.

Collaborative robots are a pathway to increasing worker productivity. They are proving to be flexible and effective even for low volume applications. This new generation of robots is performing jobs like packing and machine tending, freeing humans to focus on the truly skilled tasks. Automation and robotics are also important elements of the recent return of manufacturing jobs to the U.S. An American worker, enabled by robotics, is more productive and cost-effective than foreign labor at the end of a long logistics chain.

The physical motion of the robots is certainly important, but their data collection capabilities may be even more valuable. The robotics group at Sandia National Laboratories implemented a material handling and inventory robot for the Department of Energy. The original motivation was to automate hazardous material handling. The most valuable aspect, however, proved to be inventory control. A robot does not accidently place something on the wrong shelf or makes a mistake in data entry during inventory. The former lengthy process of collecting the data and generating an inventory report is reduced to simply running a software application to generate a report from the robot operations records.

With this experience in mind, it was no surprise that a major online retailer purchased the premier supplier of mobile robotic fulfillment systems. Robotic fulfillment systems automate the inventory control and handling for distribution centers. They subsequently took the company in-house and stopped supplying the technology to their competitors. Without other suppliers of this technology readily available in the marketplace, this put their competitors at a severe disadvantage and sent them scrambling to find new providers for robot fulfillment systems. 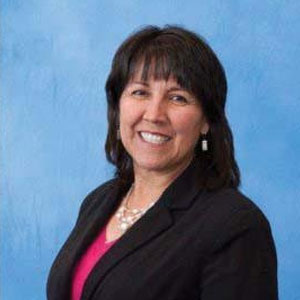 The quality of data collected by robotic systems and automated manufacturing equipment is an important element of the Industry 4.0 initiatives to re-vitalize manufacturing. The large data sets produced are valuable for data analytics. Optimization algorithms can be applied to the data sets to improve factory floor productivity.

What this Means for CIOs

From the CIO perspective, robotics introduces a major new consumer of IT resources. Networks must handle the increased data traffic. Data storage solutions are important for collecting and managing large data sets. Cloud based services are desirable due to the flexible availability of resources, however, the internet connection must support sufficient bandwidth and when pricing cloud services the data analysis may be data-access bound rather than compute bound.

Providing cyber security for robotic systems is not the same as protecting a desktop user. First and foremost, it is important to remember that a cyber-attack on robotic systems can impact the physical world. Product may be damaged or destroyed. The robots or other equipment can be damaged and personal injury, although unlikely, must be considered as a risk. The embedded computer systems might use non-standard operating systems or might be locked down, so that standard practices like operating systems updates and anti-virus protection are not possible.

Data security continues to be very important as well. The high-quality data provides exquisite detail into your operations. Machine visions systems on the robots rely on cameras, which could allow a cyber-attacker to have visual access into your facility.

Disrupt Your Legacy Application Portfolio to Improve Security And...

Why a Credentialing Strategy Must be Part of Your Digital Strategy

The Convergence of IT with the Internet of Things Innovation

It’s On People: The Undeniable Cultural Impact in a Digital...

A Promising Road Ahead for Insurtech

Bolloré Logistics Australia becomes a global leader in the use of...