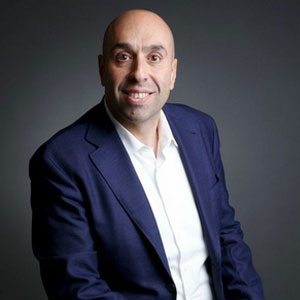 Chahe Bakmazjian, Founder & President
Industrial robots are transforming the way manufacturers run their production lines. Earlier known as positioning devices, these robots today have advanced in accuracy and rigidity, and are being extensively used for manufacturing and material removal. However, the flexibility of these robots still remains a hurdle for companies that are looking to capitalize on opportunities within the robotics industry. The problem lies not necessarily in the technology available but in the ability to integrate the technology into a robotic application. This is where Robotmaster (Jabez Technologies) steps in. The Montreal, Canada based company infuse robots with CAD/CAM programming solutions that help enable the absolute capabilities of robots for manufacturing applications.

The company’s flagship offering, Robotmaster is uniquely positioned to unleash the power of robotics for 3D machining, trimming, and finishing operations, and more recently welding. It seamlessly integrates offline programming, simulation, and code generation to any CAD/CAM platform that powers the robots. “This enables manufacturers to quickly program the robots and deliver results such as precise tool motion control and quick generation of long tool path trajectories with minimal programmer intervention,” says Chahe Bakmazjian, Founder and President, Jabez Technologies. The company is further enhancing Robotmaster’s ability to facilitate the replacement of conventional dedicated manufacturing units such as Computer Numerical Control (CNC) milling machines to propel robotics processes and applications.

To serve the increasing market demand for Robotmaster, Jabez partners with robot integrators and manufacturing software resellers. The company removes one of the biggest hurdles in the robotics landscape—the implementation cost or knowledge required for adequate robot programming technology. Since its inception, the company has been heavily investing in robotics by hiring high level researchers and encouraging the team to think outside the box.
“Their focus is to expand the scope of competence and create a team that carries multi-disciplinary research. This is the only way we can continue to create disruptive technology that will propel robotics into a new and emerging manufacturing renaissance.” says Bakmazjian.

Groupe Gravel, a Quebec-based machining and metal work fabricator, was forced to optimize its welding and cutting capabilities. In order to accommodate arc welding in large working places, Groupe Gravel selected a Fanuc M 710 ic 20L long arm robot that offered a 10 foot reach. The robot was integrated with a plasma cutting system and a Lincoln Electric robotic arc welding package. “In 5 days, our professional training and performance helped Groupe Gravel to program their robot with Robotmaster. Our solution enabled our customer to go from a CAD model and automatically create an optimal program for cutting or welding”, says Bakmazjian.

For the future, Jabez wants to integrate artificial intelligence for image processing that enables robots to act on visual data. Additionally, there will be a few groundbreaking advances to its suite of applications which the company plans to introduce in the next version of Robotmaster. Furthermore, the company is continuing to invest heavily in building a multi-disciplinary team of Mechanical and Robotics Engineers, as well as business development and marketing specialists to further push Jabez on an international scene. 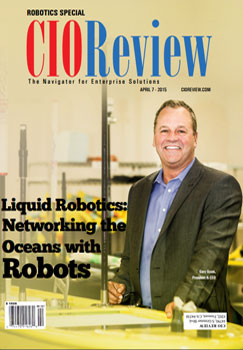